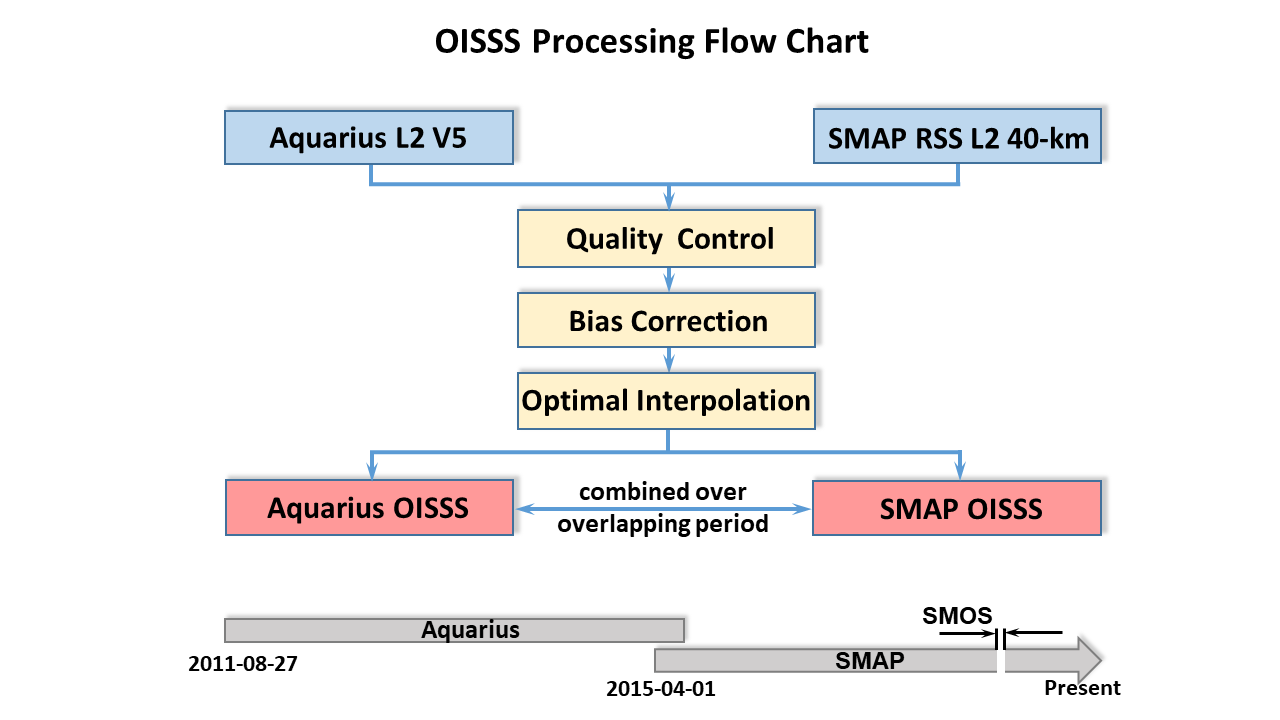 The input data are Level-2 SSS retrievals from the Aquarius, SMAP and SMOS satellites.

Level-2 data from each of the three satellites are first processed to identify quality control (QC) issues. Quality control flags and auxiliary data (such as SST, surface wind, etc.) are used to eliminate questionable data points. Statistical tests based on the standard deviation (STD) are also applied to the data to remove outliers and reduce noise.

Level-2 satellite data are adjusted for large-scale biases. Only static (time-mean) biases are taken into account. The bias fields are determined relative to in-situ salinity data prior to the analysis.

Bias-adjusted SSS retrievals are gridded onto a regular 0.25-degree, 4-day grid using a spatiotemporal Optimum Interpolation (OI) algorithm (Bretherton et al., 1976). At each grid point, an estimate of the SSS field is provided by a weighted least squares fit of the observations that influence the grid point, where the weights are designed to minimize the estimation error variance. They are the inverse of the error covariance matrices of the observations and are estimated from the observations prior to the analysis (Melnichenko et al., 2014; Melnichenko et al., 2016).

A very detailed description of the OISSS processing algorithm can be found in its user guide: L4OISSS_MultimissionProductGuide_V1.pdf