Scott Springer and Laurie Padman, scientists at ESR, are co-authors of an open-access paper in the Journal of Geophysical Research entitled “Evolution of the Seasonal Surface Mixed Layer of the Ross Sea, Antarctica, Observed With Autonomous Profiling Floats”. The paper, led by David Porter (Lamont Doherty Geophysical Observatory), studies seasonal changes in the temperature and salinity of the water column in the Ross Sea.

Few previous measurements of the upper ocean exist outside the summer season since this region is covered by sea ice for nine months of the year, making it inaccessible to traditional, shipboard measurement. This study used seven robotic floats, which monitor conditions below the sea ice throughout the winter without human intervention. An additional innovation allowed the floats to rest on the bottom when they were not working, which helped keep them from being swept off the shelf by ocean currents. As part of the ROSETTA-ICE project, six additional, mini-sized robots were dropped from an airplane to study summer conditions near the Ross Ice Shelf front, where floating ice that originated on land reaches its furthest extent. 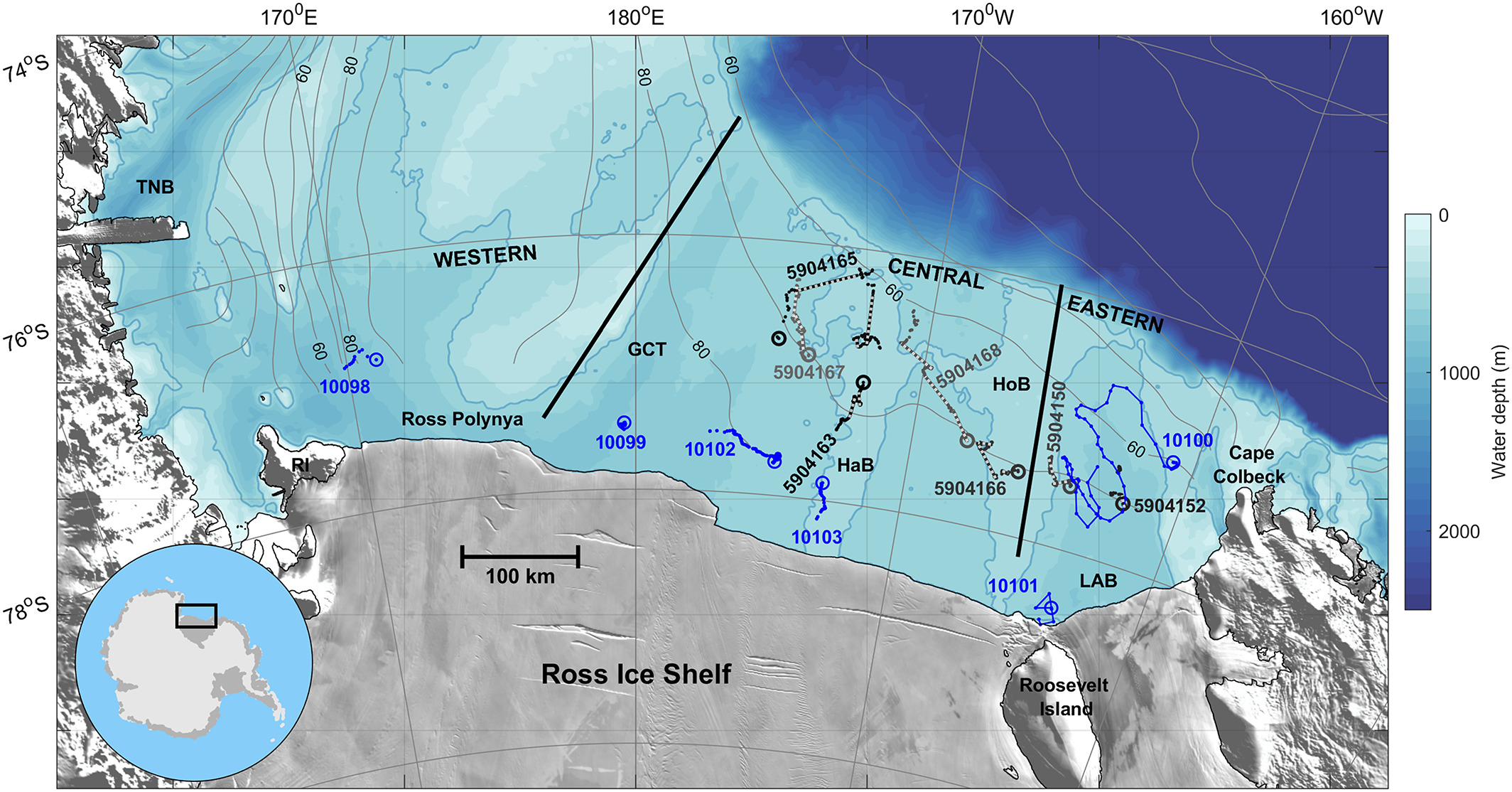 Together, these floats revealed the ever-changing balance of fresh water between ice and ocean as the sun warms the uppermost portions of the ocean during the brief austral summer.  The study also highlighted that fresh water from the east, including the rapidly changing Amundsen Sea, appears to be critical to understanding how the Ross Sea and its ice shelf will change in future climates.